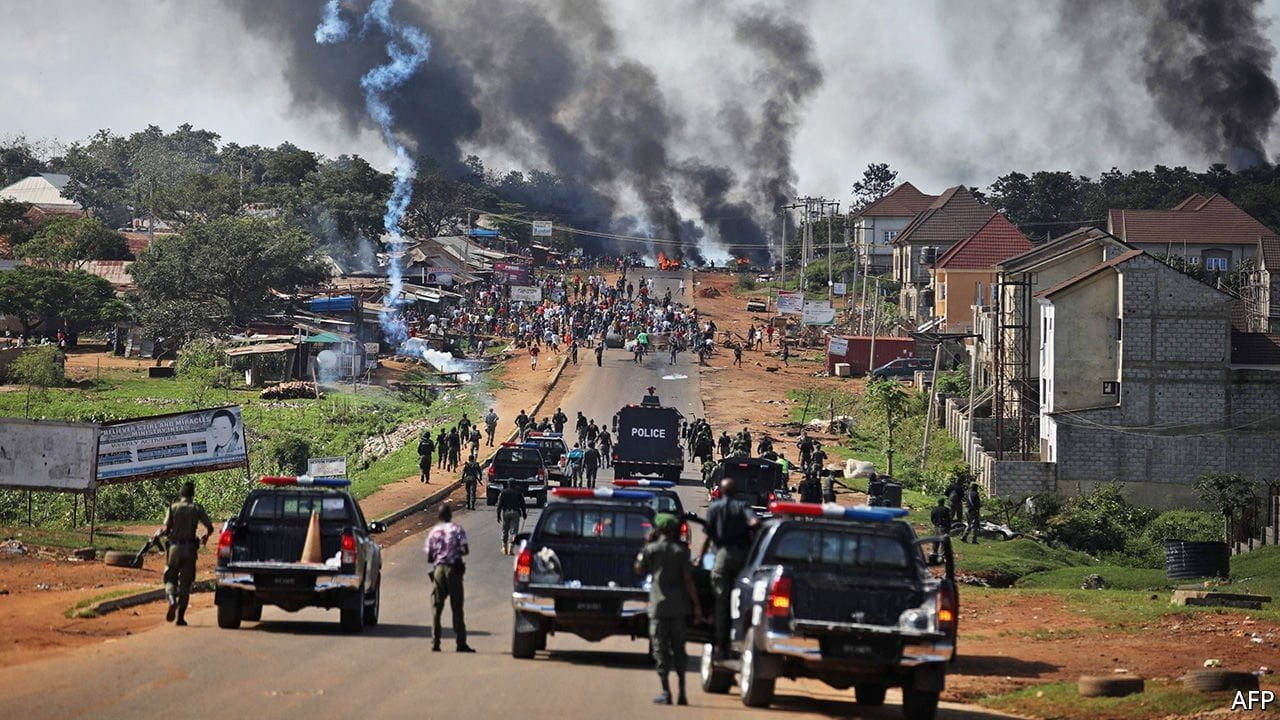 Sporadic gunshots rang out in parts of Enugu this morning as disorderly youths pushed to enforce sit-at-home order already cancelled by IPOB.

IPOB – the proscribed Indigenous People of Biafra Movement – previously walked back on the Monday lockdown. Its leaders issued several statements to distance itself from the ongoing disorderly conduct.

However, rogue elements within the movement however appear to have quietly resolved to enforce the Monday order.

Today in Enugu, the capital of Enugu State, they did through intimidation and violence.

Youths shooting into the air breezed through almost all districts of the town, witnesses said.

They set a car and a bus ablaze at the Awkunanaw District of the City, around Topland on Amechi Road.

An eyewitness told Enugu Metro that the hoodlums started their operations from Amechi end of the town.

Amechi is a junction town that leads to other parts of Enugu and outside Enugu. This therefore means the miscreants could have come from anywhere for the operation.

“Just when we thought IPOB no longer interested in the Monday lockdown, just in front of where we live a bus, sienna and keke were set ablaze.”

They accosted and turned back motorists as they shot sporadically into the air to scare people away from the roads.

The gangs also fired into the air in other parts of Enugu, forcing people to run for safety, witnesses said.

Traders at Ogbete Market also alleged that police on patrol shot into the air and ordered them to return to their homes.

Leaders in the southeast zone continue to wring their hands in helpless surrender since a crack appeared in the leadership of the separatist group leading to orders and counter-orders.

Can Adeleke dance Osun out of its troubles?