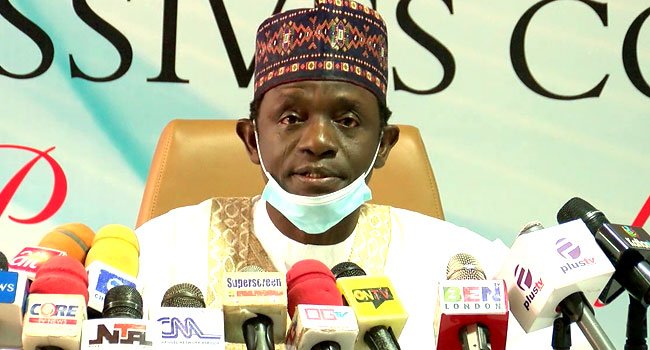 About 36m Nigerians join All Progressives Congress (APC) in its current membership drive which ends 31 March, six days away.

“APC will improve lives if given the opportunity to be in charge for eight terms,” he said in Abuja.

With a 36m membership strength, APC members alone can elect Nigeria’s president beyond 32 years it needs to change lives. In 2019, for example, the presidential election outcome was decided on 26 million votes cast nationwide. The winner of the election, APC’s President Buhari, scored 57 percent of the votes cast (15,191,847) to prevail.

Gov. Buni who heads the national caretaker planning committee for APC’s upcoming “Extraordinary Convention” spoke at the inauguration of the Party’s Strategy Committee which took place at the party headquarters in Abuja.

The party’s current membership drive will produce “a solid structure” that will stand the test of time, he said

The disclosure of current membership strength was however made by Jigawa Governor, Muhammad Badaru, who heads the Strategy Committee inaugurated yesterday.

South East politicians are not left behind, since Ebonyi Governor Dave Umahi abandoned the PDP to join the party.

Okolo, a quiet member of the APC, represented the South East in the board of Independent Corrupt Practices Commission (ICPC).

His funeral was an opportunity for party leaders to showcase the improved membership strength of the APC in Enugu State.

Enugu Metro learnt that the ruling Peoples Democratic Party (PDP) is rattled by ongoing citizen migration to APC in Enugu.

In response, PDP has revived its monthly meetings at zonal, LGA and wards levels, which were abandoned in the wake of the Covid-19 pandemic.

Governor Ugwuanyi has also issued appointment letters to scores of youths designated as special and technical assistants in a bid to check the migration.