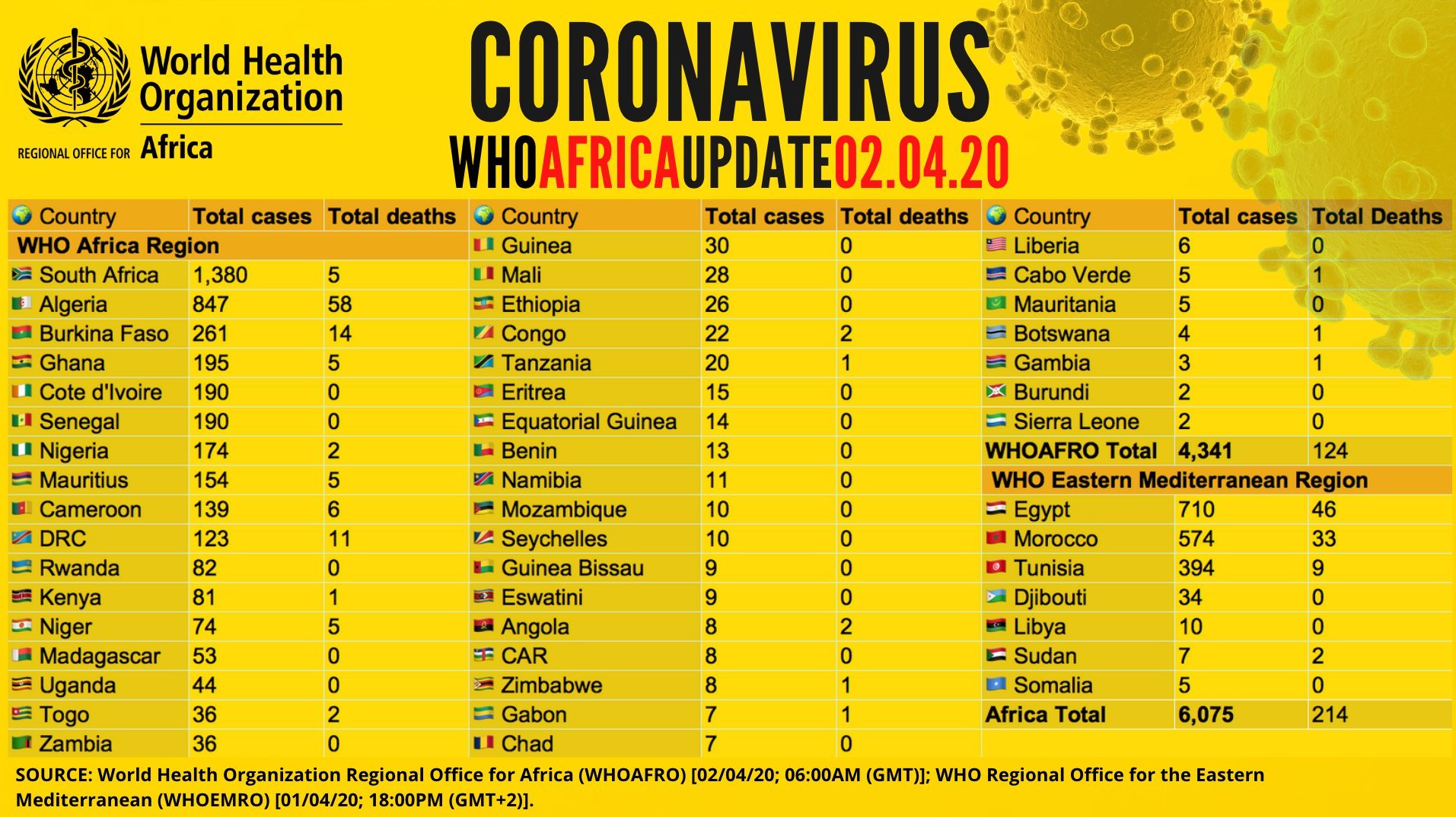 The World Health Organisation (WHO) has announced that confirmed cases of Coronavirus in the African continent stands at 6,075 as at today, 2 April 2020.

South Africa continues to lead in the number of infections confirmed in Africa, according to a WHO update posted today 2 April 2020.

A total of 1,380 cases have been reported with five deaths in SA.

Algeria, Burkina Faso, Ghana and Cote D’Ivoire made up the top five countries of Africa by spread.

Algeria, however, has recorded the most numbers of death at 58 persons.

WHO tracks the African numbers by dividing the Continent into two – the African Region and the Mediterranean Region.

This is however, not the case in the Mediterranean Region where both Egypt and Morocco have recorded 46 and 33 deaths each.