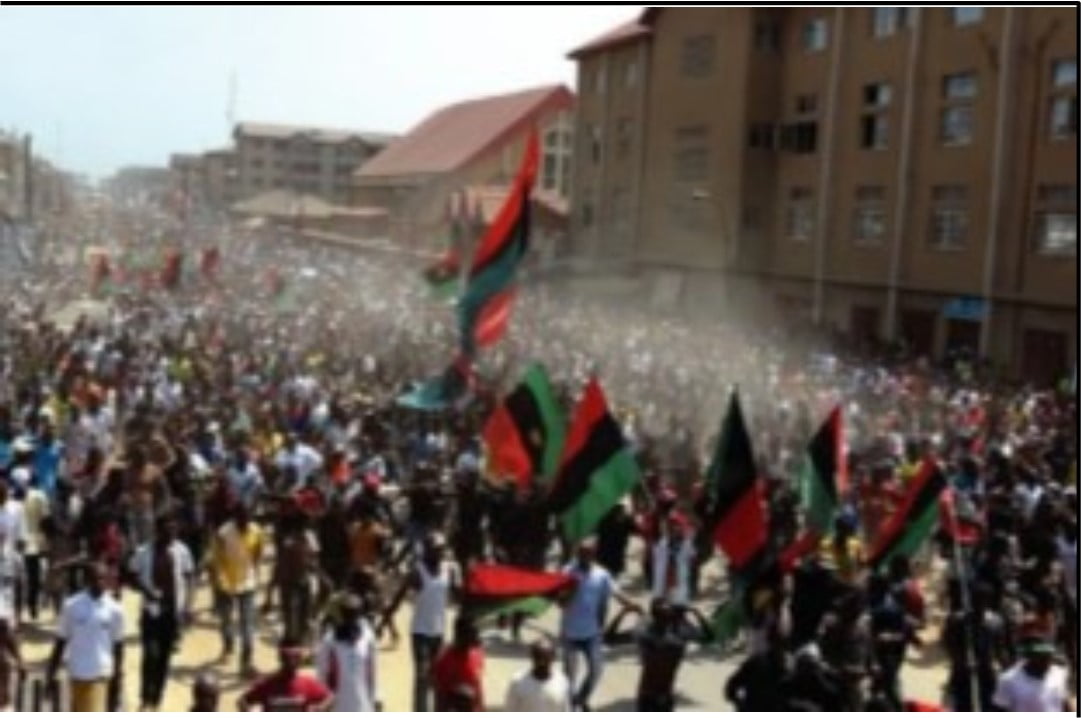 CHIDO NWAKANMA joins the moral outrage against IPOB’s excesses and predicts that people’s losses from shutdowns will undo the organisation’s objective good.

Boko Haram has taken residence in the South-East. They did so without firing any guns or deploying the subterfuge of bandits and herdsmen. They stepped in on the invitation of a proclaimed sworn enemy who pledged to stop them, the Indigenous Peoples of Biafra (IPOB).

IPOB has effectively turned the South-East into the land of Boko Haram. IPOB is against students in South-East Nigeria taking secondary school qualifying examinations. They turn them back, and even burn schools.

Here is a report on 13 September 2021: “Unknown gunmen have attacked the Comprehensive Secondary School, Nkume in Njaba Local Government Area of Imo State following the declaration of sit-at-home order by the proscribed Indigenous People of Biafra, IPOB. The armed men reportedly invaded the school premises when some students were participating in the ongoing 2021 West African School Certificate Examination (WASCE) and stopped the exercise”. Boko Haram would applaud!

IPOB is harming the economy of Alaigbo. Reports estimate the loss in six weeks of one-day shutdowns to above N50bilion. Every Monday IPOB prevents the industrious people of the South-East from engaging in any economic, social, political, or other activity. They close the space to demand the release by the Abuja-based Federal Government of their detained leader Mr Nnamdi Kanu.

Anambra State Governor Chief Willie Obiano mustered courage same Monday 13 September and mobilised citizens of Anambra State against the shut-down of the state by a non-state actor. He went to Eke Awka Market and urged the traders to come out to do their business. He also threatened to close for one week in the first instance banks, markets, and other business premises guilty of obeying the orders of IPOB rather than the constituted authority of the state. His mobilisation and physical demonstration worked.

The Abia State Government same as Imo State issued statements against the sit-at-home order. John Okiyi Kalu, Abia State Commissioner for Information, stated that the Abia State Government no longer found the IPOB order funny and declared that it was more than enough so far. “We wish to state categorically that it is unacceptable to allow any individual or group to instil fear in our people to the extent of negatively impacting the education of our innocent school children”, Okiyi Kalu stated.

The Abia State Commissioner added: “Our people are wise and historically known to exercise wisdom in handling issues no matter the provocation. It is unthinkable that any Igbo man will want to cut his nose to spite his face especially in these circumstances that may adversely affect the future of our innocent children. We must rise collectively to do the needful: protect our children’s education.

“We must ensure that those who may wish us evil as a people do not succeed in provoking us to destroy our means of livelihood… As a responsible government, we will continue to explore all avenues to ensure peaceful resolution of the issues that have led to the agitations by the concerned non-state actors.

“But we will not shirk our responsibility to the majority of our people who are also suffering silently out of no fault of theirs.”

Injustice is at the root

The IPOB sit-at-home in the South-East is the latest phase of the Igbo Wars that this column has chronicled since 2018. On 17 January 2019, I noted the outbreak of a full-scale non-shooting war in the South-East ahead of the 2019 election.

The Igbo Wars concern politics and culture. They are about direction, strategy, tactics, and the socio-cultural underpinnings of politics. Confusion reigns in Igboland over these matters.

Injustice lies behind the unease in Igboland. Citizens share with IPOB the feeling that the centre or the federal government oppresses the region. They consider their representatives in the State and Local Governments as well as the legislature ineffectual.

The situation in the region aligns with studies on the subject. Sociologist Barrington Moore Jr explored the phenomenon in Injustice: The Social Bases of Obedience and Revolt (1978). The book examined “why people so often put up with being the victims of their societies and why at other times they become very angry and try with passion and forcefulness to do something about their situation.”

Barrington Moore, Jr searched for general elements behind the acceptance of injustice or revolt against it in cases such as the Untouchables of India, Nazi concentration camps, and the Milgram experiments on obedience to authority.

The irony is that the same sense of injustice that propelled acceptance of the IPOB cause may be its undoing. IPOB has directly or indirectly contributed to turning the South-East into a theatre of violence, physical and psychological, against the people in whose interest it ought to be working. The moral outrage against the excesses and loses the people incur from its ceaseless shutdowns may just be the undoing of whatever good it seeks.

Boko harming self in Alaigbo by Chido Nwakanma