May 19, 2021 associations and groups, Enugu people 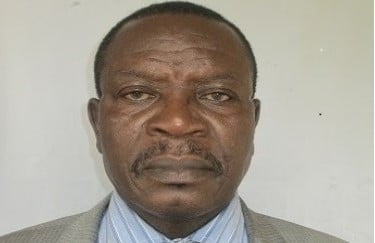 Enugu Hilltop Club, Abuja, elects new executive officers to manage affairs of the Club for the next two years.

Chief Chris M. Okafor, former President of Nigerian Statistical Association, leads a new team to pilot the Club’s affairs. He is also retired from Central Bank of Nigeria (CBN) where he rose to the directorate level.

Chief Okafor will be assisted by Prof. Ofili Ugwudioha, Professor of Accounting at the Nile University in Abuja. Ugwudioha is a former National President and Chairman of Council of Nigeria’s Chartered Institute of Administration.

Hilltop Club of Abuja is an exclusive club of accomplished Enugu State citizens. Club members routinely investigate and intervene on issues of justice and development in their home State.

The Okafor-led executive is therefore taking the reigns from the former executive, led by Chief Gabriel Ugwuozor.

Club’s new spokesperson, Ozo Silas Ogbodo, said in a statement that the Club will upscale its profile by publicising more of its critical interventions on behalf of the State.

The new executive comes at a time that the nation is having a spirited conversation on governance, Ogbodo told newsmen.

“Hilltop Club will continue to be a moderating influence on national and local issues as they affect Enugu,” he said.

The spokesperson said the new chairman appreciated Club members and also commended the Ugwuozor-led Executive which served more than three terms of office.

Enugu Hilltop Club, Abuja, elects new executive officers to manage affairs of the Club for the next two years.

Groups and Associations in Enugu, the Coal City