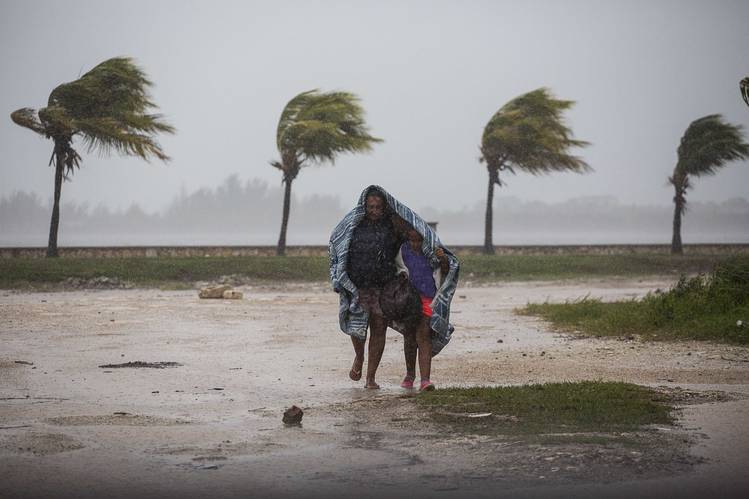 Federal and state emergency officials in Nigeria have embarked on an offensive to warn citizens about approaching “dangerous” and “erratic” weather, in a bid to forestall recurring rainy season disasters that have claimed 363 lives and displaced over 3.8million Nigerians living within the River Niger Basin.

In Enugu State, officials of the State Emergency Management Agency (SEMA) have been touring at-risk local communities to warn residents against carrying out economic activities in areas prone to flood during rains, dumping of refuse in drains, and erecting buildings along flood paths.

Enugu Electric, the power distributor for the South East, has also warned residents to avoid power lines and to also dissuade their children from playing around flash floods.

Spokesperson of Enugu Electricity Distribution Company (EEDC), Mr. Emeka Eze, told the press that water is a high conductor of electricity and that high-tension wires could snap during thunderstorms and drop on wet floor, flash flood or running water to become energized and cause damage.

“There are situations where there would be incidents somewhere that the wires will snap, or poles will fall on flood water or flowing water moving down a neighbourhood.

At the national level, intending air passengers have also been advised to study weather bulletins from the Nigeria Meteorological Agency (NiMet) before embarking on trips.

In a statement, the Nigeria Civil Aviation Authority (NCAA) drew the attention of air traffic controllers to NIMET’s warning that the advent of rainy season this year will lead to “adverse weather conditions such as severe thunderstorms, squall lines microburst or low-level wind shear.”

Accordingly, a NCAA encouraged the traffic controllers to consider closing air spaces to pilots and their aircraft when necessary, in order to ensure passenger safety at all times.

NiMet had warned in February that Nigeria will experience “very unpleasant” and “erratic” rain patterns this year, which “portends grave danger” to both life and business, including the business of food crops production.

Since 2012 when Nigeria first began experiencing erratic weather conditions during the rains, the Federal Ministry of Environment has reported that 363 Nigerians lost their lives to flood disasters while 3.8million others living within the River Niger basin were displaced from their homes.

NIMET had also said that Nigeria has been losing over 350,000 hectares of land every year to drought and desertification, thereby not only threatening the livelihood of millions of farmers but also increasing frequencies of coastal flood and storm surge which take over her coastline at the rate of 30 to 40 meters of land annually.

“Such losses to extreme weather phenomena could be minimized by using early warning information such as NiMet’s seasonal rainfall prediction,” the agency said at a workshop in March 2019.

“The rains are here, and flood is imminent,” SEMA’s Nkechi Eneh warns at each stop during her sensitization tour. Apart from giving tips to the people on basic risk-reduction measures, Eneh also advises that citizens watch out for early warning signals so that those living in low-lying areas would quickly relocate if signs of flooding are detected.