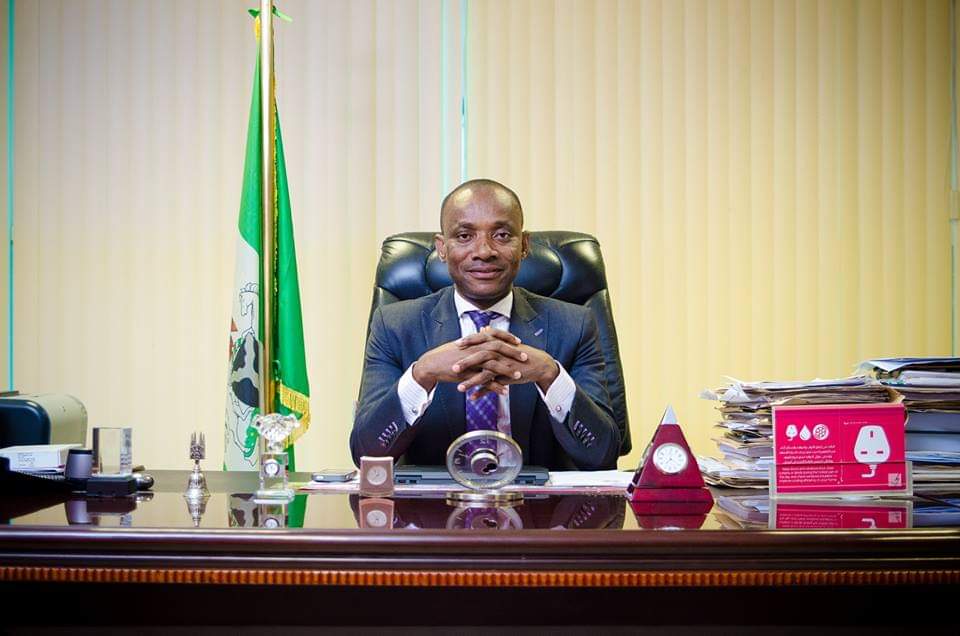 Is it time to bid goodbye to Sam Amadi at NERC? As is often the case when power mongers get on a case, the best way to achieve an objective is to tarnish the image of a shining star, writes Bob Anikwe

The campaign to dethrone Mr. Sam Amadi as Chair of Nigeria Electricity Regulatory Commission (NERC) has gathered steam, judging by today’s editorial in The Punch newspaper. This campaign began when one of NERC’s Commissioners, Eyo Ekpo (who is fast gaining a reputation as a spoiler wherever he goes), allegedly wrote to the President a few days after he was sworn in to say that he was resigning from his post because the commission has “failed.”

“It will be naïve of the President to think that he can soldier on without making quick, vital changes at some departments and agencies, which played major roles in the rot that pervaded the last administration. We are talking about agencies like
the EFCC, the Nigerian Electricity Regulatory Commission, the Ports Authority, the Office of the National Security Adviser, and even the defense service chiefs.”

The current leadership of the EFCC has definitely been more professional than political, unlike
previous ones.

Sam Amadi’s NERC played a pivotal role in stabilizing and sometimes seeking to control the excesses of other power sector reform managers, such as the ex-VP Namadi Sambos in both the Bureau of Public Enterprises (BPE) and the Niger Delta Power Holding Company (NDPHC) that he led, as well as Nebo’s acts of duplicity in the Power Ministry (e.g. introducing a second regulator in the power sector ostensibly to checkmate Amadi’s principled and incorruptible NERC).

Everyone understands “ports authority” to mean the Nigerian Ports Authority (NPA) and, this being the case, NPA in The Punch editorial is certainly not the same as NIMASA where the rot in the maritime sector allegedly took place.

I wonder what the National Security Adviser was supposed to do that he didn’t.

Finally, President Buhari is in a position to know that the service chiefs will obey the last command – and this is the call of whoever is Commander-in-Chief.

I therefore consider this a silly categorization by The Punch – for the simple reason that it totally ignores the areas that can be classified as rotten in the last administration. The editorial panders to a blind quest by power mongers hanging around Buhari to unseat a few good managers that they find in targeted “lucrative” or strategic MDAs.

If you need proof that this is a diversionary or worse, sponsored editorial, take a look at the people that were eulogized for helping OBJ do well during his administration – el Rufa’i, Oby Ezekwesili, and Ribadu; there’s no mention of Ngozi Okonjo-Iweala whose name has gone down in history as the one who, once upon a time, took Nigeria out of debt during the same regime! What single historical achievement can we ascribe
to the tenure of Oby Ezekwesili and Nuhu Ribadu, if I may ask? As for el Rufa’i, he is a workaholic, no doubt about it, but unless age has tempered him, we are likely to also want to measure the cost-effectiveness of the changes he will bring to his current post in Kaduna.

The petition/resignation allegedly written by Eyo Ekpo to the President appears in itself a study in raw angst and self-immolation. Reading the Daily Trust’s report on the matter, it appears that Eyo became frustrated following his redeployment by Chairman of NERC. Why was he redeployed? According to the story, the Commission was embarrassed that Eyo, as head of tariffs and market rates division, forced through a decision to raise tariff of commercial power customers by as much as 103 percent! The Commission had to hurriedly review the error after MAN, poultry association and steel companies cried out. The last straw was when power distribution companies issued a force majeure saying they could no longer meet their obligations under the Ekpo-inspired tariff plan.

The Sam Amadi I know will not care a hoot if he’s removed as Chairman of NERC. Tutored in the Chambers of the late Gani Fawehinmi, he has remained a true disciple of Gani’s brand of fearlessness and incorruptibility.

The tenure of the Commission that he leads ends barely three months from now, according to the Daily Trust. Thus, it is possible that the campaign for his removal may be for the President not to renew Amadi’s tenure. But, as is often the case when power mongers get on a case, the best way to achieve this objective includes an attempt to tarnish the reputation of a shining star.