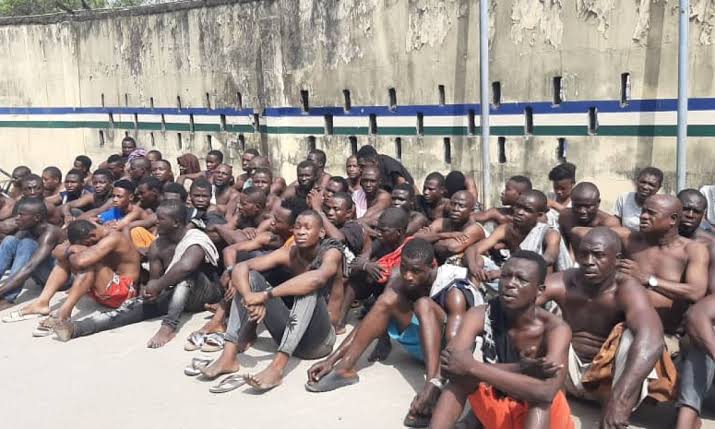 Intercity reports that 107 Oyigbo detainees have been freed on the orders of a high court in Suleija, Niger State

The Onitsha-based NGO, Intercity, said 416 residents of Oyigbo, Rivers State, in detention since October 2020, have been released.

However, the NGO, International Society for Civil Liberties and Rule of Law, said five detainees died in custody.

The Obigbo residents were indiscriminately arrested by soldiers drafted to quell the October 2020 #endSARS demonstrations in Rivers State.

Six soldiers were allegedly killed during the demonstrations, forcing the army to lay siege to the town for several days.

Intercity claims that soldiers killed 102 civilians abducted over 550 taken to Suleija and detained. The report of the number killed is not independently confirmed.

In addition, the NGO said an additional 26 detainees have also been released by the Department of State Security (DSS).

They were released between 29 and 30 June this year, it said.

“With the previous release of 283 other detainees, a total of 416 of the 550 abductees have been freed through various court bails.

“Not less than 134 are still not independently located and are still languishing in secret military custodies,” the NGO said.

The Agency said that five of the abductees have died in custody since then.

Their names were given as Thomas Ekwueme, Pius Onochie, Obinna Akapuru, Monday Ifeanyi and Tobechukwu Udoka.

Beyond quota in presidency quest by the Southeast