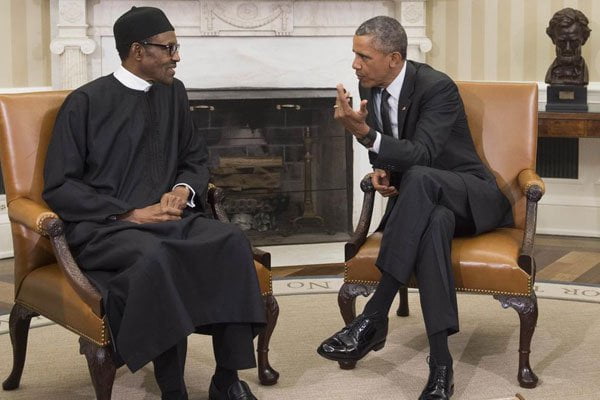 In June of 2013 Obama tried to lecture
Senegalese President, Macky Sall in front of his own people on accepting
homosexuality in his country.  Before his trip to Africa, Obama was
sternly warned by many, “do not talk about homosexuality in Africa.”


But as is his habit, Obama never misses an opportunity to lecture and
talk down to Blacks in the U.S. and Africans abroad.  To his credit,
President Sall quickly chastised Obama with these words, “We are still
not ready to decriminalize homosexuality…This does not mean we are
homophobic.”


In 2014, during the U.S.-Africa Leaders Summit, Obama again lectured
Africa on the need to accept homosexuality and under his administration
they even took it a step further.

For the first time in the history of the U.S., Hillary Clinton made a
country’s promotion of homosexuality a criteria in whether the U.S.
would continue to extend foreign aid.  This was a tectonic shift in our
foreign policy and should have no place in our relations with other
sovereign countries.


I am very proud that almost without exception African leaders have
told America and the rest of the Western world to “keep your money and
foreign aid, we will not sacrifice our culture and values for your
help.”


So, with this as a backdrop, I was more than stunned at the blatant
disrespect Obama and his administration continues to show towards
Africa; specifically in the case of South Sudan.

Two weeks ago I was invited by the Embassy of South Sudan to join them in their celebration of their 4th birthday
as an independent nation.  The creation of South Sudan was one of
former president George W. Bush’s lasting foreign policy achievements.


The event was a nice, festive affair with diplomats from throughout
the continent of Africa in attendance.  There was a very short program
with one of the speakers being Lucy Tamlyn, U.S. State Department,
Office of Special Envoy for Sudan & South Sudan.  Her remarks
offended everyone in the room. She said in part, “The four year
anniversary of the founding of the Republic of South Sudan should indeed
be a day of celebration but when we think of the difficult situation
that the people of South Sudan are experiencing on the ground it’s hard
to be in a celebratory mood.  Over the last few weeks, we have heard
reports of abuses against civilians, including against innocent women
and children.  Numerous reports have confirmed that all parties to the
conflict have committed offensive military actions in violations of
international humanitarian law.  With more than 2.2 million displaced
and 4.6 million at risk of life threatening hunger.  It is clear that
the hopes and the aspirations of the South Sudanese people are not being
met.  As the government begins its extended mandate today, we call on
all parties to the conflict to forge a lasting peace and work to put in
place a government of national unity.”


A government of national unity?  Are you kidding me?  The last time I
checked, Salva Kiir Mayardit was and is the duly elected president of
South Sudan.  If and when the people of South Sudan want to change their
nation’s leadership, they will do so during the next election.  It’s
called democracy!


There are many legitimate areas for the U.S. to criticize the
government of South Sudan.  But the celebration of their independence
was not the time nor the place for such a discussion.

As an American with extensive relations and travels in Africa,
including South Sudan, I was deeply embarrassed by my country.  We
Blacks in the U.S. have come to expect this type of condescension  from
the Obama administration when speaking to Blacks; but to display this
level of arrogance to a sovereign nation is beyond the pale.


Obama would have never sent a representative to an event hosted by
the government of Saudi Arabia and had them criticize the government for
their treatment of women and their aggressive support for
terrorism.  Obama doesn’t have the guts to do that.


But because he has so little regard for South Sudan, he doesn’t
hesitate to call for the weakening of a democratically elected head of
state by mandating he put a political foe in his government
(Riek Machar).


How does Obama reconcile his claim to want to promote democracy
around the world, with the interfering in the internal affairs of a
nation?


He doesn’t have the stomach to do this.  So, he decided to make
himself feel like a man by attacking and embarrassing a developing
nation that he knows can’t really fight back diplomatically.


This is not just about South Sudan; but rather the entire continent
of Africa.  Africa has many friends and supporters in the U.S., but
unfortunately they are rarely sought out for help in situations like
these.

Raynard Jackson & Associates, LLC is an internationally
recognized political consulting, government affairs, and PR firm based
in Washington, DC.  Jackson is an internationally recognized radio talk
show host and TV commentator.  He has coined the phrase
“straticist.”  As a straticist, he has merged strategic planning with
public relations.  Visit his website at: www.raynardjackson.com.