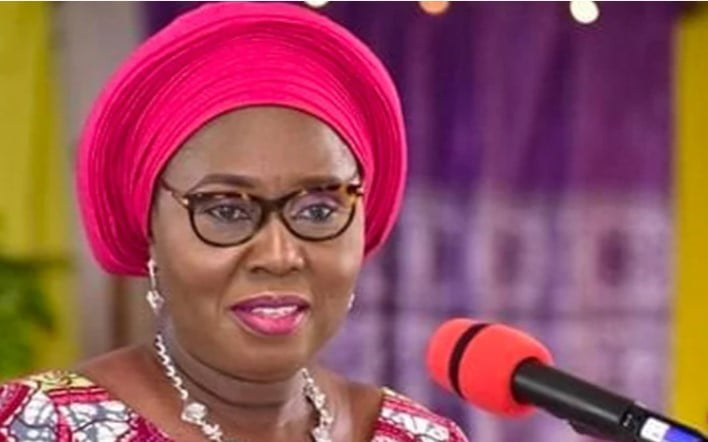 The Ondo First Lady told newsmen that she wants to direct the leadership conversation for people of the Senatorial district.

She said successive administrators and legislators had greatly neglected the area where she was born.

This neglect makes the district “remote and helpless” she said. In particular she mentioned poor refuse disposal system and preventable deaths arising from lack of standard medical care.

“I have a deep interest in human capital development and a deep-seated desire to improve the lives of my people.

Mrs Akeredolu said she had always used her influence to attract projects to help them.

“I demonstrated this ability to handle the position with the many development projects I had attracted to my community.

“I ensured that my development projects, as the wife of a sitting governor, are extended to my state of origin.

She mentioned the “construction of a N1.6 billion, 10.5km road from Niger Delta Development Commission” as one of the projects.

“It is currently under construction,” she said.

She also spoke of hundreds of girls sponsored for tech training.

Mrs. Akeredolu pleaded with delegates to give her the mandate. However, she pledged to abide by the party decision is a consensus candidate emerges from the process,

Born Betty Anyanwu in 1953, she is daughter to Chief BUB and Dora Anyanwu of Emeabiam in Owerri-West, Imo State.

She read Zoology at the  University of Nigeria, Nsukka (1977). This was followed up with a master degree in fisheries, majoring in aquaculture, from the University of the Philippines.

The aquaculturist has an abiding interest in gender activism and health philanthropy.

A breast cancer survivor, she went on to found the Breast Cancer Association of Nigeria.