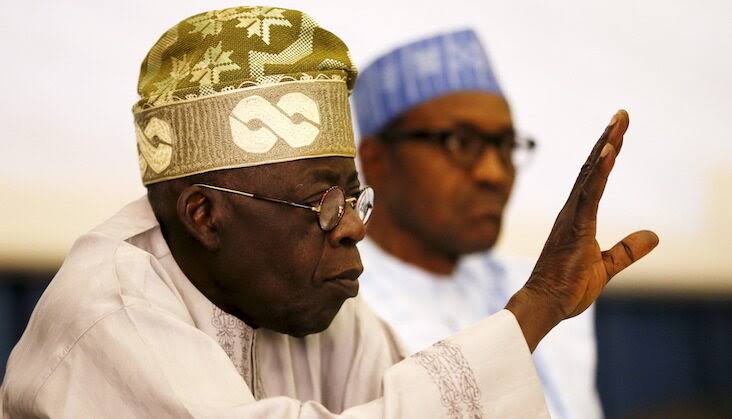 Shall we vote for Tinubu is a question that intrigues Ogbuagu’s question that to interrogate how media reports of elections leads to what he describes as The Tinubu Effect.

Today, I reluctantly enter a debate that depresses me. I know that doing this further elevates media structural bias in coverage of election campaigns. But I do it for a readon. It also dramatizesp this bias which I describe as The Tinubu Effect on Nigerian elections. This media bias in reporting election escalated from the point that the Lagos strongman began a romance with northern candidates. Or put more simply, when he began striking deals to adopt Northern candidates to run for President. He started the journey with Atiku Abubakar (2007) then Nuhu Ribadu (2011) before striking gold with Muhammadu Buhari in 2015.

So let’s acknowledge that Senator Bola Ahmed Tinubu (BAT) became, since 2007, a most valuable player in presidential tournaments. He however finds himself fighting an uphill battle to succeed President Muhammadu Buhari. He is finding that it is easier to be a kingmaker than to become the king.

To win, BAT will have to dribble past a lineup of four defensive arguments standing between him and his ambition. So far, his strategy team appears on the surface to be making a fine mess of it.

Is the Team expecting that the aspirant will win the APC nomination on a platter of gold? All we see them doing at the moment is playing the payback card. In other words, they expect northern sympathy and compensation. They sympathy and compensation from the north in appreciation of the kingmaker roles he played in 2007, 2011, 2015 and the 2019. Some members of his team have quietly let this strategy out. They say, in private, that these gentleman deals motivated Tinubu to mobilise South-West voters for northern candidates since 2007.

A critical yet unanswered question in the air; did Buhari endorse the alleged 2015 deal to Sen Tinubu personally? Or was this open to every other leader of the political bloc that successfully convinced Nigerians to elect Muhammadu Buhari? The aspirant suffers his biggest headache , aggravated from within and outside his Southwest region.

From within the region, rumblings reflecting principled and partisan disapprovals echo nationwide. On a recent visit to Oyo State, the Team Leader got the message. He has goodwill but should know that the country need the best person for the job at this time. It appears leaders of the region want to make it an easy choice for the nation. They want to propose a physically fitter, more administratively capable, and politically sellable aspirant.

So far, the Tinubu Team has attempted to forcibly shush internal grumbles by force rather than suasion. Accordingly, they positioned multimedia wrestlers to engage in mud fights with potential opponents and principled naysayers. There appears to be no discernible stakeholder engagement effort to negotiate a consensus that favours the foremost regional aspirant.

Political co-travelers from outside the region are also challenging the Jagaban. Leaders of the 2015 coalition, particularly from the north, have already mounted two more hurdles for him.

One part of their argument pooh-poohs suggestion of a Buhari succession endorsement that solely benefits Mr. Tinubu or his region. The 2015 understanding is not as a personal endorsement but a reward for coalition leaders to fight for. Thus no one will undervalue any individual team effort that led to the ouster of President Goodluck Jonathan.

Some antagonists argue that it’s presumptuous of Sen. Tinubu to assume that only the Yoruba vote gave APC victory. Or to imagine that the party cannot muster a winning vote from other regions if the Southwest bolts away.

This is what weakens the Tinubu aspiration the most.
The other outsider argument that weakens the aspiration is the subtext of northern equity demand. Northern leaders say that, for justice and fair play, Nigeria should allow the bloc more years in power. This will redress the imbalance in years that the south ruled since the dawn of this Republic. Most northern aspirants to the presidency are riding this equity horse today.

Amidst its priority battles, the Tinubu Team has now turned to disrupt the ongoing Southern and Middle Belt sociopolitical rapprochement. They do this by facing the Southeast as if the region is a potential threat to Sen. Tinubu’s ambition.

It is surely a mistake to assume that the Igbo is an opponent of the Jagaban in the coming election. This assumption gave rise to media attacks and bar room innuendos designed to diminish the chances of Southeastern presidential aspirants. Unfortunately, the e-dogs promoting these divisive efforts are barking up a wrong tree.

The Igbo are not the problem of either the Jagaban or the Yoruba in the coming APC party primaries. It’s only if an Igbo gets PDP nomination and Jagaban wins the APC primaries that this becomes possible. Most analysts project both outcomes as long shots.

Why then is the Tinubu team lashing out at the Igbo? It is true that the Southeast has put up a sound fairness proposition on the matter of who succeeds President Buhari in 2023. They argue that the Southeast deserves the slot because both Southwest and South-south – the other two regions that together make up Southern Nigeria – have had their turn at the presidency. The logic is therefore that “it is the turn of the Southeast” to occupy the seat. This is what makes the southeast fairness demand look like a hurdle for the Jagaban ambition.

The Southeast fairness demand however rests on two assumptions. One is that power is about to rotate from the north to the South. The other is that the Southeast deserves the APC slot, even after serial rejections of APC in past elections. The southeast argument and expectations may be legitimate but they are not hurdles to the Jagaban ambition. Or indeed to the ambition of any other South westerner. The Igbos have two bigger challenges to overcome before they can legitimately lay claim to the prize, one of which the Jagaban team of hired writers and public commentators is exploiting for political gain.

The major Igbo challenge is what I have argued before in Colors of the Igbo Presidency. So far, it appears as if the Tinubu Team wants to drill down further on the Igbo stereotype in a bid to remove the opponents from the APC nomination equation. However, their attacks are not focusing on the Igbo aspirants but on Igbo people in general.

This strategy may have worked to exclude the Igbo in 2015. But In 2022, it may backfire as it ignores the lesson that we put forward in Pathways to a Tinubu Presidency. By the time the Tinubu Team finishes off – and drives away – the Igbo and other southern and middle best aspirants with their divisive pre-primary writeups, they will come face to face with an embarrassing reality. And they will confront this reality – the northern equity argument – with only Southwest votes during the coming APC Primaries.

Who is the secret drummer for the hired writers dancing on the open road to Igboland?

Is the South being prompted by their real opponents to score an own goal during the APC party primaries? If the Tinubu Team manages to alienate the Igbo, as it bent on doing, their aspirant Jagaban may win APC nomination, to be silly by northern PDP candidate, supported by Igbo, South-South and d. Jagaban’s hack writers should realize that the APC primaries contest is not an important battle to waste their ammunition on the Igbo.

Shall we vote Tinubu?

So shall we vote for Tinubu? I hasten to say that the foregoing is neither an endorsement of the Tinubu aspiration nor a support of the process that inevitably throws up the mediocre from dominant parties. My major concern as a media and policy analyst has always been on, among other things, the structural bias in election reporting that the traditional media promote during presidential contests. This makes it difficult for voters to choose the right candidates to govern at both national and subnational levels.

The Tinubu Effect On Nigerian Politics is the tendency of the media to report elections as if it is a horse race among candidates. The media promotes this effect by focusing on candidates’ campaign strategies and personalities, as well as predicting poll results. The Nigerian media sadly downplays substantive issues that voters are worried about during an election. To be fair, this is not a peculiar Nigerian challenge. Studies suggest that in most democracies, voters do not make the right choices because the media lead them to focus on the wrong things. The personality or politics of candidates. Actions and inactions of the election umpire. The preparations and professionalism of security providers. And and even the shenanigans of lawyers and the judiciary.

In 2015, we voted for a candidate that neither read nor understood his party platform. We thus created room for denials and recriminations after the battle. The situation has not substantially changed, whether we have an excellent candidate or a suspected fraud.

The Tinubu Effect played out in the last governorship election in Anambra, won by a personality projected as the most capable among the candidates. Keep in mind that the eventual winner never published his governance blueprint. He is yet to do so almost three months after his election. But everyone prayed or affirmed that he is the best for the job and he comes from the right zone. Such prayers and affirmations were however not based on any objective assessment of a published strategic plan document that addresses specific socioeconomic policies, programmes and projects to ameliorate the concerns of the majority poor who voted.

For the 2023 elections, we should go beyond The Tinubu Effect to focus on candidates understanding and plans to address voter issues, not on their regional constituency or personality. Today, most aspirants shy away from discussing policies that gave rise to the current suffering that the nation is undergoing. Instead, some are filing out to visit the President and pledge their commitment to a continuation of those policies!

A focus on personality, candidate and process diverts and robs voters of the opportunity to appraise and vote for candidates and parties with the best platforms that address common voter economic and security challenges.

First published in The Sun newspaper 20 January 2022 as The Tinubu Effect on Nigeria’s Elections.