The Trouble with the APC

I am taken aback by the suggestion that party
internal matters should now be subject of National Assembly debates. 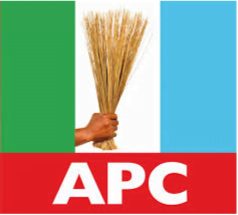 The level of
ignorance at display by the leadership of Nigeria’s ruling All Progressives Congress
(APC) in its handling of the country’s National Assembly (NASS) power struggle is
becoming more embarrassing by the day, to put it mildly.

It began with APC wanting NASS leadership positions shared in such a way that overall – and in the order of national protocol – the regions that gave majority votes to President Buhari would have made it a disproportionate, winner-take-all, as follows: North West (1); North East (1); North Central (0), and the South West (2). As would be expected, politics of self-interest kicked in and the North Central, through
Olusola Saraki, not only pooh-poohed the arrangement but also rallied his colleagues to ensure that the power equation was altered in favour of his region, the North Central. Based on Saraki’s yeoman efforts, each of the victorious zones now has one powerful portfolio,
as follows: North West (President), South West (Vice President), North Central (Senate President), and North East (Speaker).

Although South East and South South regions are orphans in the current arrangement – having massively voted for the opposition Peoples Democratic Party (PDP) – the South East scraped through to win the Deputy Senate Presidency position as part of the bargaining chips to install Saraki as President.

One would have thought that after this debacle, the APC would learn the lesson that it needs a broad national coalition to make it as formidable as the PDP used to be. But no; last week, the party was alleged to have issued another command to the NASS leaders
to choose principal officers that, on the face of it, will not pass the equity test again. If Saraki and Speaker Dogara had hearkened to their party’s wishes – through the two directives – the top executive-legislative positions would have been shared as follows: North
East (3), North West (3), South West (3), North Central (1), South East (0), and South South (1).

It’s easy to see why the North Central again balked at this sharing arrangement.

APC Senators who favour the party’s plan had on Wednesday 24 June argued that the second APC
demand letter be read on the floor and quoted their Standing Rules to justify the abnormality. It’s no small
comfort that another APC Senator rightly lectured his
colleague on the difference between nominating principal officers “from” a majority party (as stated in the rules) and nominating such officers “by” the majority party.
Beyond this, I myself was taken aback by the implication that party internal matters could now be subjected to National Assembly floor debates.
I see the APC problem in four dimensions.

First, authors of the APC sharing formula refuse to accept that APC is now a national movement – and
no longer any of the parochial configurations that were controlled by leaders who imposed their will in the management of the old alliance partners (ANPP,
CPC, ACN, nAPGA, and nPDP).

Second, rabid supporters of Gov. Bola Tinubu need to recognize that their idol is no longer the leader of the APC at this moment, but only a respected party elder and founder; leadership of APC has transferred through election to President Buhari. If he plays his cards well, Tinubu could still become the power behind the throne. This, however, is not Tinubu’s only worry; he will soon find out that Osinbajo, his former “houseboy,” is now standing heads and shoulders above his master in the national stage.

Third, the subtle change in the leadership equation also means that, going forward, the President will be the only person that non-South West alliance partners will listen to in almost all things political. The reason for this is not far-fetched. Tinubu’s influence and resources may have helped the emergence of Buhari as party candidate but he had little or no influence on other victorious candidates outside the South West. He will also not be able to determine the political future of politicians outside the South West. If this reality has not sank in and rabid Tinubu supporters (which includes the current APC leadership,) does not give the President due respect, it is easy to predict that
Buhari will stay aloof and let those who think they have the big stick continue to wield it, ineffectually. Their fall from grace will be just a matter of time.

Fourth, the more the APC problem worsens through arbitrary and inequitable party impositions, and the more South East and South South legislators of the APC stock (and the regions in general) keep being ignored and “punished” for not giving majority votes to the APC at the last national elections, the more the two regions (SE and SS) will gradually transform from their current perception as political minefield to
become political goldmines. The election of Ike Ekweremadu (PDP) as deputy Senate President is already a pointer to what is certain to play out as the realignment of political interests begin for 2019.