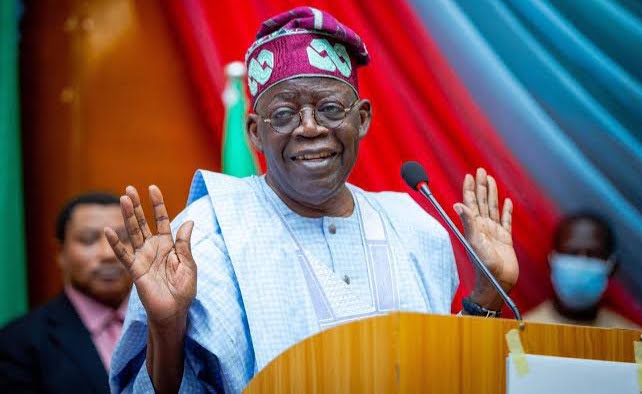 The document consists of ideas pieced together by Tinubu’ supporters, his campaign organisation said this evening.

Campaign spokesperson Bayo Onanuga in a statement said the shopping list cannot serve as the manifesto of a serious candidate.

Editors were warned that it was a draft of suggestions on programme to implement when elected.

He announced that experts and party officials are working on “an all-embracing manifesto that will be presented to Nigerians.

“While our presidential candidate appreciates the spirit and efforts of his associates that produced the document being passed around mostly on WhatsApp, we want to clearly state that the document is an unofficial document and Tinubu can not be held accountable on any of the issues raised in the document.

“The Presidential candidate and APC are currently working on an all-embracing manifesto that will inspire the confidence of Nigerians.

“When the official policy document of Tinubu is ready it will be formally presented to Nigerians and our candidate will be in a position to defend every word that will be contained therein.

“We appreciate the interest and enthusiasm of Nigerians to know about the programmes and policy options Asiwaju Tinubu will pursue in government when elected.”