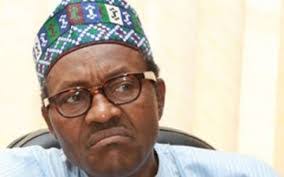 His tweet however sent the world reeling in shock and was promptly classified as inappropriate and removed by the social networking site.

The President’s tweet resurrected memories of devastation in the South East region of Nigeria during a vicious 3-year Civil War.

The President threat did not name any region.

He merely stated that agitators nationwide have been “given enough time” and will “soon have the shock of their lives.”

“Those of us in the fields for 30 months, who went through the war, will treat them in the language they understand,” he tweeted thereafter.

The Tweet shocked the world as it hinted of similar miltary action prosecuted between 1967 and 1970 period of the war.

Three million lives were wasted, most from hunger and confrontations between federal and Biafra secessionist forces.

Citizens faulted the offensive President’s tweet as it hinted at another mindless pogrom against Igbos of South East Nigeria.

Concerns cut across board as other ethnic nationalities wondered if they could be next. Former Aviation Minister Femi Fani-Kayode sums up the general feeling this way:

“(The Tweet) … also traumatised millions of non-Igbo Nigerians who believe that the same treatment may be visited on them.”

Twitter removed the dark threat on Wednesday, 3 June, classifying it as inappropriate, an action the Nigerian Govt bristled at.

Govt spokesperson, Alhaji Lai Mohammed, accused Twitter of double standards as it did not remove the offensive tweets of separatist leader, Nnamdi Kanu.

This claim inadvertently confirmed fears that the President’s tweet specifically targeted the Igbos who bore the brunt of the war.