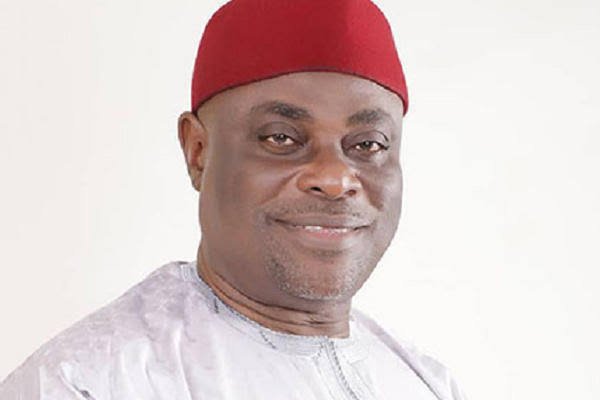 Our checks show that the electoral body recognizes only the faction led by Chief Oye, as advertised on INEC’s website.

However, a rival faction announced soon after that the candidate has been suspended from the party.

Chief Oye insisted in a Channels TV interview that there was no factional fight in the party. He described the rival group as “impostors.”

But the Independent National Electoral Commission has also come on air to approve the nomination yesterday.

In addition, the State Government yesterday pleaded for media restraint in promoting a rival group seeking to supplant legitimate leadership.

The State noted that the Victor Oye-led APGA is the only legitimate body recognized by the Party’s Constitution.

Govt spokesperson, Chief C. Don Adinuba, said in a statement that the rival group are mere “pretenders to the throne of Pontifex Maximus.”

“The newspapers have kept on referring to APGA as factionalized whereas the party has no factions.

“INEC recognizes no factions. It has been dealing with only the leadership of Dr Victor Ikechukwu Oye, the APGA national chairman.

“Even the letter which the newspapers fantastically interpreted as a disqualification of the party in the forthcoming election is addressed to only Dr Oye, and no other person.

“INEC cannot participate in any publicity stunt by some pretenders to the throne of Pontifex Maximus, however dramatic it may appear” he concluded.