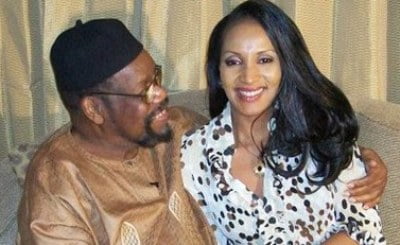 LETTER TO DIM OJUKWU ON THE UPCOMING ANAMBRA ELECTIONS ON THIS SYMBOLIC ANNIVERSARY.

It is with a heavy heart that I make this communication with your noble soul, now resident in the heavenly realms, on this occasion of your birthday anniversary, and literally on the eve of the Gubernatorial Elections in your beloved state, Anambra.

I am filled with concern and anxiety about the current state of the legacy you left us…our party, The All Progressives Grand Alliance (APGA).

Today I hear the bells tolling, and the chimes send shivers down my spine.

Today, Chaos reigns supreme in our once stable party; our party faithful are despondent and embittered; And many of them have taken their fate in their own hands by bolting away from our party like rats desert a sinking ship….

Some years ago, a carefree former banker called Obiano together with his locust men hijacked our political habitat APGA, and plundered and destroyed the house you toiled night and day to build…

They brought in their strange gods and made desperate party aspirants bow before them in a macabre dance of initiation. They enthroned injustice and impunity, robbed their brethren and sent many to early graves..

Ikemba Ndi Igbo, you stood for justice and equity, and fought relentlessly for the protection of your people, for the poor and the downtrodden ….yet, these Party leaders always chose to play dumb in any critical issue affecting our people, neither did they condemn the unjust imprisonment and wanton killings of their Igbo brothers.

Nna Anyi, they removed your image from our party uniform, boldly labeling you a dead man who was no longer relevant, even to the beloved party you nurtured.

Who is that Herod that seeks to erase your memory from this noble cause, this roll of honour, this last stand for Ndigbo in the twilight years of your life? Obiano, whose greatest legacies are betrayal, distrust and ingratitude?

Obiano, whose parting gift to Ndi Anambra remains the wholesale importation of toxins into our political space…in turning brother against brother, Denomination against Denomination, union leaders against members, Communities against their Stakeholders, Subjects against their traditional Rulers and friends against friends in a craftily orchestrated chess game of divide and rule?

Arise, Odum n’eche Igbo…Arise on our behalf. May this Herod reap the harvest of his habitual treachery, and the first fruits of the turmoil he created as he literally sat back and watched as insecurity overran our space.

May the one who seeks to erase your insignia and obscure your legacy suffer the same fate he strives to inflict on a man of honour. May he suffer the shame and humiliation he gratuitously dishes out to his fellows…

Amuma n’Egbe Igwe, Intercede for us. The eleventh hour is upon us. We are advancing into this electoral battlefield with untreated sores and bleeding wounds, but with our heads held high. Should we fail to make it, let it be on record that Willie Obiano destroyed APGA…an unenviable feat that will surely haunt him for the rest of his years.

He will go down in history as the profligate who frittered away our collective patrimony. This, we shall never forget…

Happy Birthday, Odum n’eche Igbo, our Hero. May you continue to enjoy a well merited rest in Heaven’s Land of the Brave.