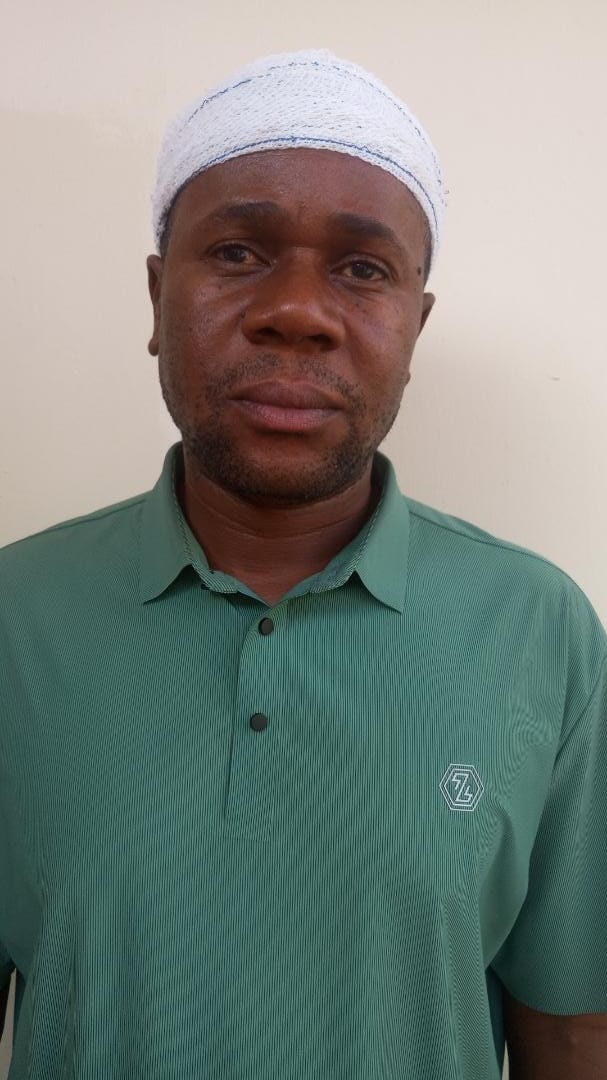 Enugu Back in the hands of Political Thugs is a witness account of assault and violence unleashed at a Ward in Enugu last Saturday.

Just like other people of Oduma Ward 4, Saturday, 30t April 2022 started like every other day for me. Except that it was the appointed day for the Peoples Democratic Party, PDP, Ward Congress to elect three ad-hoc delegates. They will in turn join statutory delegates to elect PDP candidates in 2023 House of Assembly, National Assembly, and governorship elections.

I was one of the candidates for the three-man ad-hoc delegate election in my Ward.

That morning, I helped to set up canopies and chairs and was waiting with others for the start of the exercise. The Deputy Ward Chairman, Mr. Boniface Egwu (aka Egwueji) led a gang of thugs and cultists to tell me that they had come to deliver an “order from above” that I should leave the venue.

I told them that I bought form to contest for the delegates position and if they had candidates, they should field them against those of Senator Ike Ekweremadu’s supporters. Let the people queue behind the candidates to decide, in line with the PDP guideline.

They descended heavily on me with dangerous weapons, including machetes and started shooting sporadically in the air. People scampered for safety as the cultists and thugs, who claimed to be acting on the instruction of the Aninri Local Government Council Chairman, Hon. Benneth Ajah, dismantled the canopies and broke chairs.

I made a dash for my car to escape, but Boniface Egwu told them to block me and ensure I did not escape alive. At this point, one of the cultists used a pole dismantled from the canopies on me. I thought I was dead, I nearly passed out. They gave me a deep machete cut on the head, but I mustered the last energy to make a dying-man’s dash across the road. A vehicle could have knocked me down, I needed to apply the last drop of consciousness left in me to escape.

Our people then rallied and took me to a local hospital. I lost a lot of blood and many were seriously wounded. They snatched my phones, money, and other valuables, but what matters is that I am alive to tell my story.

Unfortunately, it not the first time Ekweremadu’s loyalists were attacked by cultists imported by persons of questionable character. These are persons imposed on our people as Council Chairman and principal party officers. On Saturday, 9 April 2022, cultists allegedly imported by the Chairman of the Council brutally attacked us at the monthly meeting of the PDP in the LGA in Ndeaboh, leaving many, including Member representing Aninri State Constituency, Hon. Chinedu Okwu (Otaka) hospitalised with life threatening injuries like broken heads from machete and axes.

Surprisingly, our Governor did not make any effort to ensure that the culprits were investigated and possibly prosecuted. The Governor merely invited the two parties to the Government House, after the wounded had recovered, and came out with a statement that he reconciled them. Government reconciked the wilful attempted murderers and those they attempted to murder.

This slap on the wrist must have emboldened them for last Saturday’s repeat violence.

But come what may, for me and every right-thinking Aninri and Enugu progressive, we are now even more resolved to support Ekweremadu to emerge Governor in 2023. The atrocities of a few Aninri men, who have hired themselves out for loaves of bread will not deter us. These are the same people who unsuccessfully petitioned to the Federal Government to stop work on the now completed and life-transforming Nenwe-Oduma-Uburu Road attracted by Ikeoha. They will not define us or our love for Ikeoha.

Interestingly, we now know that Oduma Ward 4 was not an isolated case of the fraud, manipulations, parallel congresses, and violence that happened on Saturday. I have seen video clips of what happened at Awgu Ward 2 where the Council Chairman, Pedro Nwankwo, not being on ground and unable to democratically deliver a three-man delegate in his Ward as a second-term Chairman, imported hordes of bad boys to attack his people and attempted to scatter the process. Many party supporters, including the Awgu Local Government PDP, who share the same Ward as Pedro, were attacked and their phones confiscated for recording the shameful political violence.

I have equally seen the pictures of the inhumanity meted on one Bertrand Ugwu by government-sponsored Neighbourhood Watch at Ugbaike, Enugu Ezike, Igboeze North LGA. His crime is the mere fact that he was among the many Ekweremadu supporters in the LGA. His head was sliced. Sadly enough, reports allege that this was at the instance of a Council official and a Commissioner from the area running for the House of Representatives.

I have equally seen the trending video from Agba Umana Ward in Ezeagu LGA where a House of Assembly aspirant was carrying about a pump action riffle, intimidating his people. He was allegedly acting in league with a highly paced Enugu Government official running for the House of Representatives.

All these attacks, intimidations and violence boils down to the disregard for the party’s guideline and democratic process by the Prince Vincent Yandev Amaabai-led Abuja panel. Working hands-in-gloves with the state authorities and state PDP leadership, they failed or refused to conduct a credible and transparent congress. No result sheet was found in any of the 260 Wards, as none was released.

Obviously, the trio of the Abuja panel, Enugu State Government, and the Enugu State PDP leadership, wasn’t prepared for any transparent exercise. Their people boasted that they already had a prepared list of delegates, which they were entering in the results sheets that should have gone to the Wards; that the panel would take the fake “results” to Abuja and there was nothing anybody could do about it.

So, apparently, they were surprised that people, mostly Ekweremadu’s supporters, mobilised to the 260 Wards in their numbers for the exercise. In the absence of the official result sheets, the results were recorded on sheets of paper. In most cases, the Ward Chairman, Ward Secretary, and the INEC staff signed the outcomes. In many instances also, party officials, following desperate calls from their bosses at the top, who didn’t see that coming, declined to record or sign the results.

Not ready for any congresses, they deployed thugs, armed party operatives, cultists, and party officials, state appointees, and Council Chairmen to destabilise the process in favour of the results being compiled in the cosy comforts of a hotel behind the Government House.

In the meantime, the violence that marred the congress in many Wards have validated the alarm raised in March by the Ikeoha Campaign Organisation over what it described as “the appointment of known deadly thugs and cultists into state and local government offices all aimed at intimidating and stopping Ekweremadu”.

The campaign organisation also reported other excesses like the the intimidation of Ekweremadu’s supporters by agents of state, including the detention in prison of Paulinus Ugwu, the PDP Ward Chairman for Okpatu; the detention and subsequent charge to court for baseless offences of Joshua Ogbonna, Francis Akpa, and Obi Mamah; the ostracisation of Barrister Emeka Asogwa, Engr. Armstrong Agbo, and Chief Charles Mbah all from Ugwuanyi’s hometown, Orba, Udenu LGA, for reasons of their association with and commitment to Senator Ike Ekweremadu.

Yet they claim that Enugu is in the hands of God. But the violence that headlined the last Saturday’s exercise, the return of thuggery, and political violence in Enugu which we thought former governor Sullivan Chime had swept away from our political engagement and culture, is not only a dangerous foretaste of the things to come in the PDP primaries. It further underlines the fact that contrary to the peaceful and democratic pretenses, Enugu is back in the hands of thugs and cultists.

This is particularly unfortunate for a state already battling serious insecurity. It is one thing to give the monkey a calabash of water and another to retrieve the calabash after the elections when the monkey is done drinking.

Ekpete, a lawyer, writes from Enugu

in the hands of Political Thugs