Igbo are makers of modern Nigeria 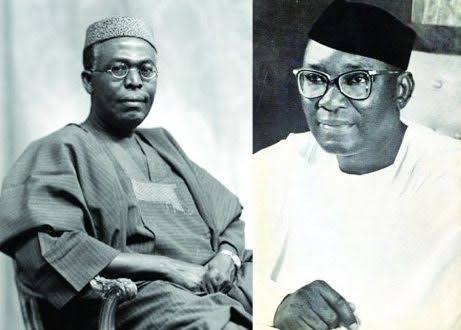 “The regular skewering of the facts, and angling of contemporary national narratives often makes it seem these days like the greatest contributor to the founding of Nigeria and its development is Awolowo and the Yoruba, when the actual facts speak differently”

The problem with writing skewered history is that it equally misinforms its target: Kayode Esho was a great jurist, but Akunne Oputa was the “Socrates” of the Supreme court. Enahoro was a young editor, but Azikiwe made him that young editor with Osita Agwuna as his assistant, at his paper, the Southern Nigerian Defender in Ibadan, where my own father incidentally started as a rookie before shortly abandoning journalism for the stable berth of the civil service.

The myth of Awolowo as building the first this and that does not match the documented economic history of the period. Between 1954 and 1964, Eastern Nigeria was described as “the fastest growing economy in the world,” by the Harvard Review; faster than China, faster than Singapore, and all the so-called “Asian Tigers.”

Awolowo is often credited with “free education”. No one yet has pointed out any surviving school buildings of the period built by Awo. But all over the East there were quality schools built by the various communities using the Town Development Unions from 1954, and acessing the matching grants of the Eastern Nigeria Development Corporation. This was the East with the poorest revenue resources of any of the regions. The Mbaise secondary school exists, the National High School Okigwe exists, the Ngwa High school exists, the Enyiogugu Grammar School exists, etc. These were solid schools built all over the East with matching goverment grants. But where are the buildings of the Modern schools in Western Nigeria? They do not exist. They were makeshift.

The Catholic church forced the Azikiwe government from its scholarship program, but it is also on record, that the Eastern government was the only government in the world that invested 45% of its revenues in education. The East had the highest number of schools; the highest school enrollment; the broadest penetration of medical services; and the best modern road network in west Africa.

Indeed if we look carefully, the only public hospitals and most of the schools still standing in the East today, at various stages of run down are the schools and hospitals built by Azikiwe/Okpara. Every division of the East had a Joint Hospital as part of the Eastern Medical services.

So it is often claimed Awo built the first television station; the first sky scraper, and the first Sports stadium, the liberty stadium in Ibadan. Well, these are prestige or white elephant investments. First, the Eastern Outlook, the government paper of Eastern Nigeria was the first newspaper established by any government in Nigeria, and it was of such quality and impact that the literacy level of Easterners, and the depth of public information retailed by Outlook was without compare. This is besides the fact that Western Nigerian Broadcast Services, WNBS-TV founded in 1958 only preceded the ENBC-TV founded in 1959, by only seven months. But Outlook preceded Sketch by about 15 years.

Now Azikiwe built the Onitsha Modern market, the first modern mall or trade emporium in West Africa. Onitsha was effectively Dubai before Dubai. People traveled all over Africa, from as far as the Congo and Sudan and Egypt, to come and buy and trade in Onitsha. The economic impact of this was humonguos. So, give me the vast Onitsha modern market over Cocoa House in Ibadan.

Azikiwe began the first modern library system in West Africa. The East had a system of city libraries starting with the very modern Ziks Library in Enugu. I Literally grew up in the Umuahia Divisional Library. These libraries were built all over the East. Schools in the East were built with libraries. Moreover the Eastern Nigerian Library Board had a sysem of rural amd mobile libraries. There was nothing like it anywhere else in Nigeria: kids having library cards and able to borrow or order books from the public library. Give me the the first library over the first TV.

I do not by this mean that Awolowo did not make his contributions, but the regular skewering of the facts, and angling of contemporary national narratives often makes it seem these days like the greatest contributor to the founding of Nigeria and its development is Awolowo and the Yoruba, when the actual facts speak differently.

The great Ibadan historian, Tekena Tamuno, was unambiguous in stating once at NIPPS, Jos, that “the Igbos are the makers of moderm Nigeria. When they abandoned their project, Nigeria collapsed.” We must remind Nigerians, particularly Igbo children, daily of these fact, to achieve what Achebe called ” a balance of stories.” And that also means we must read beyond the surface of things.

Even today, most Yoruba think that Awolowo founded the Universities of Ibadan and Lagos. No one has reminded them that it took Azikiwe’s pressures for a university for Nigeria, in his meeting with Arthur Richards in 1946, that led to the constitution of the Eliot Commision and subsequently the founding of the University College, Ibadan. This fact is even clearly conveyed in Michael Crowder’s eponymous book, The Story of Nigeria. Nsukka was Azikiwe’s critique of what he felt to be the conceptual limitations of Ibadan. The University of Lagos was the result of NCNC’s ideological contributions to the federal policy during the ill fated coalition government with the NPC. UNILAG was an NCNC project, shepherded by Aja Wachukwu as minister for education. Even the great UNILAG in her 50th anniversary failed to mention Prof Eni Njoku as the pioneer Vice Chancellor of the university, a man that layed the solid foundation of what made Unilag is today.

These facts must be made known and put as forcefully accross as possible. Again, until the lion tells his own story, the story of the hunt will belong to the hunter.