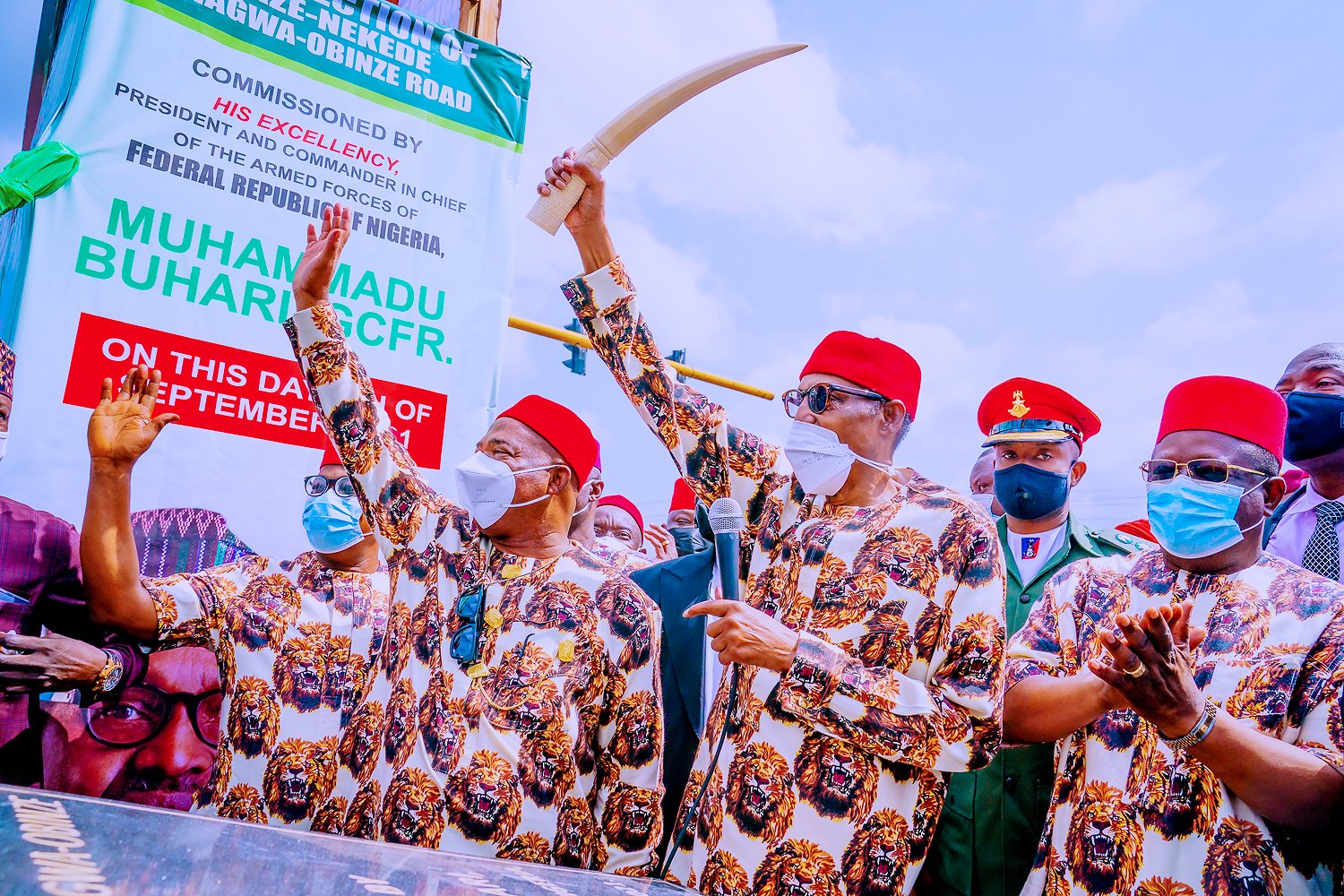 It is most unlikely that President Muhammadu Buhari took particular notice that the routes through which he was taken while on a one-day official visit to Imo state last Thursday had scanty human and vehicular traffic.

How did I know?

Presidents, at least in the Nigerian context, are used to be driven through empty roads or avenues while on official movements. The practice is usually to clear the routes of a presidential convoy of both human and vehicular traffic for obvious security reasons. Therefore, except if someone had earlier told the president that a “sit-at-home” was going to be observed in Imo state on the day of his visit, he most certainly might not have felt anything different. He might have, however, noticed the pockets of crowds of people along the route from the airport into the city.

In any case, is it not contradictory to canvass a sit-at-home and at the same time query why there was no crowd to cheer the president? Which do we want? To eat our cake and still have it?

In my view, what happened last Thursday offers Ndigbo an opportunity to change tactics. Fortunately, Ohaneze Ndigbo president-general, Professor George Obiozor, who was at the head of the Igbo representation, understood the situation and filled the void. He even sounding more radical than most of the so-called Igbo liberators that abound on Facebook.

His speech was at once diplomatic and unsparing. Except if President Muhammadu Buhari has cast his opinion of Ndigbo irreversibly on stone, he must have gotten one or two takeaways from that outing that will make him have a rethink. As far as I am concerned, what Obiozor was saying was that no matter what might been perceived as the sins of Ndigbo, they cannot be held responsible for what is happening in the country.

The statement is strong enough and I don’t think the president was expecting a surrender either. In other words, the Owerri parley, last Thursday, offered a good opportunity for Ndigbo and the “Buhari presidency”, as Obiozor put it, to explore common grounds. By coming to Imo state in spite of the invectives thrown at him and the threats that he must not step his foot on Igbo soil, President Buhari, in my view, has gestured an acceptance for a “genuine” dialogue between his administration and Ndigbo. His wish to “be remembered as the President who stabilized Nigeria” suggests that he is ready to make concessions in order to realize that noble objective. But he could let go if the shouting down becomes unbearable.

In a setting where the practice is to blame everything on incumbent leaders while we show curious nostalgia about those who ruled earlier, President Buhari, who has just about twenty more months to be in office, may well be persuaded to leave the headache of stability or lack of it for those coming behind him and return to Daura for a well deserve rest. Nothing prevents him from telling Governor Hope Uzodimma to go and settle with his people and leave him alone. But the president’s body language, last Thursday, did not in any way suggest that he thinks that the things Ndigbo are asking for – from the release of detained Igbo youths to a president of Igbo extraction in 2023 – are impossibilities.

The projects he commissioned

Some Facebook activists in Imo state, apparently on the behest of the so called opposition in the state, have shifted their frustration over the huge success the event was to claims that what the president came to commission were not worthy of attracting a presidential attention. Some actually claim that projects executed by state governors ought not to be commissioned at all. But this argument on commissioning of projects and what is commissionable betrays the insincerity of some of those who purport to be the watchdog on behalf of the people. Take two of the projects commissioned by the president in Imo last Thursday: The balloon driven flood control tunnel at Trans Egbu/Dick Tiger road area, and the Nekede-Ihiagwa-Obinze link road.

The flood control tunnel is one of the most ambitious projects ever embarked upon by any administration in the state. With it, the state has finally solved the problem of flood of imaginable magnitude that had, in the past twenty years, submerged buildings, destroyed means of livelihood and rendered many homeless. To suggest that it is not worth acknowledging that the state itself, albeit through the Uzodimma administration, has finally found a lasting solution to that night mare is to reduce public commentary to its most abysmal level and make sheer mockery of opposition politics.

As for the Poly junction-Nekede-Ihiagwa road, which has been a nightmare for more than twenty years, could we have gotten a better opportunity to draw the attention of the federal government to the fact that it leads to two of its most prestigious institutions of high learning of higher learning in the country, perhaps the only visible federal presence in the state? So, what offence did Governor Hope Uzodimma commit in taking President Buhari there?

A people get what they deserve. You cannot, as a so-called opposition, keep inundating the space with false claims over those in public office and expect them not to look for ways of proving you wrong. When we stop telling lies about people in government or stop making allegations that we cannot substantiate against them, then we can expect something different. Now that we had seen the fool hardiness in the posturing that preceded last Thursday’s presidential visit in Imo state, might we not do things differently?